Blessed Maria Guadalupe Ricart Olmos was born on 25th February 1881 in the village of Albal, 9 kilometres from Valencia. She was baptised a few days later and given the name of Maria. She was the second child of Francisco Ricart and Maria Olmos, and there were three other children: the eldest and first-born was called José and the two younger ones Antonio and Filomena. Her father died of an illness in 1885 and her mother, whom people called a saint, was left with the task of bringing up the four children and teaching them the love of God on her own.

Maria soon took on serious responsibilities in the humble little family, helping her mother look after the younger children and busying herself with the household chores. She received a simple education but people noticed her intelligence. She took an active part in the activities of various parish associations and showed great enthusiasm as a member of the choir, where she gained many good friends.

On the spiritual level, the most important event of those years was her First Communion. She was ten years old at the time, and this marked the beginning of a deep relationship with Jesus Christ and the awakening of her vocation. From that time on, her way of participating in the Holy Mass and receiving Holy Communion did not escape the notice of her family and friends. They saw a gradual transformation in her character and as this went on she became less exuberant and more reserved, but without losing her happy and friendly disposition. 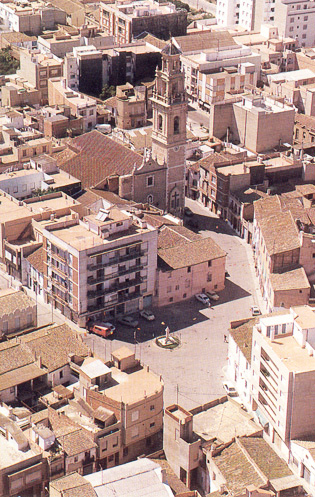