The monastery which gave its name to Calle Pie de la Cruz right in the heart of Valencia, could already boast, at the time of Maria Guadalupe, of a long and well-founded Servite spirituality. It was one of the best known in the diffusion of devotion to the Sorrowful Virgin at the foot of the Cross. When Maria Guadalupe entered, the community numbered twenty five nuns who afterwards adopted new Constitutions in 1928. They lived a very austere life and supported themselves through their own manual labour and the offerings of the faithful.

The monastery was damaged in the bombardments but was later repaired by the labour of the nuns. Then, in 1936, it was completely destroyed and could not be restored. After the Civil War, the enclosed community transferred to a new monastery at Mislata, close to Valencia; from the original monastery they could only retrieve the doors and a few religious objects.

At the present, the Servite nuns live their cloistered life in Calle Mayor no. 38 in Mislata (Valencia) where the mortal remains of Blessed Maria Guadalupe are also venerated. 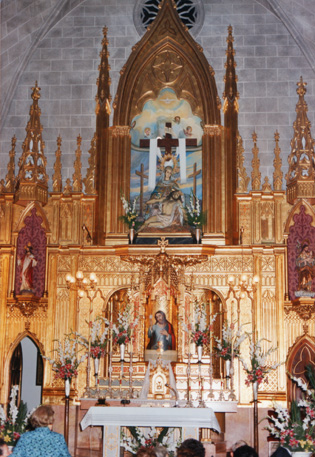